Cloudformation and the "infrastructure as code" behind it

In order to be the fastest to Cloudformation in the heart a little bit of a concept, I distilled the following keywords for you:

When it comes to the experience of using cloud services before, beginners should first be able to think, can I use Cloudformation to apply for a host, create Loadbalance, rather than manually "dot" on the AWS console (Console)?

Yes.If Cloudformation only makes visual interface manipulation code, this may only arouse the interest of code enthusiasts, and we know many of the benefits of code, such as higher efficiency and automatic machine execution.

However, because not everyone likes the code.For people with "code phobia," or professional operators accustomed to configuring on the interface, interface operations are clearly more intuitive than code and have more user-friendly operation guidance.

For the pursuit of efficient engineering practice, the code or interface operation is not "radish greens, love each other" interest hobbies, but the problem of productivity.

A word called DevOps is popular these days, and Wikipedia is defined as follows:

DevOps (development and Operations combination words) is a culture, sport, or practice that values communication and collaboration between software Developers (Dev) and IT operations Technicians (OPS).Enable building, testing, and publishing software to be faster, more frequent, and more reliable by automating the process of "software delivery" and "schema change."

In this sense, Cloudformation is one such tool that incorporates infrastructure as code into part of software development and uses software engineering methods to manage the infrastructure.

What does "infrastructure as code" bring to us?

In the author's team, the code that can write DevOps has been used as a standard skill for development.When we start a new Codebase, we often need to think about the content: 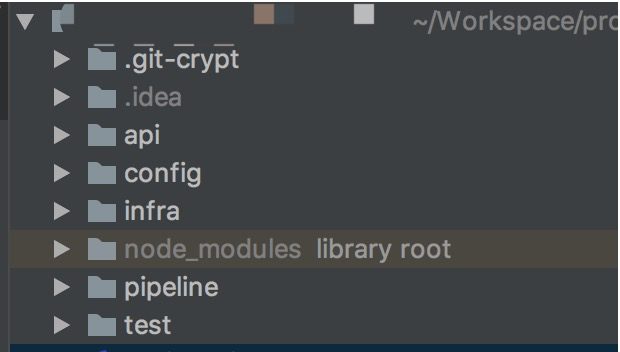 Screenshot of the file structure of a project

In the case of some large internet companies, the authority to carry out peacekeeping development is completely separate, and development may only focus on the business code part.

Take Cloudformation as an example:

At the same time, we can use AWS Cloudformation Designer to visually design our infrastructure and its previous topologies and associations, and export code. 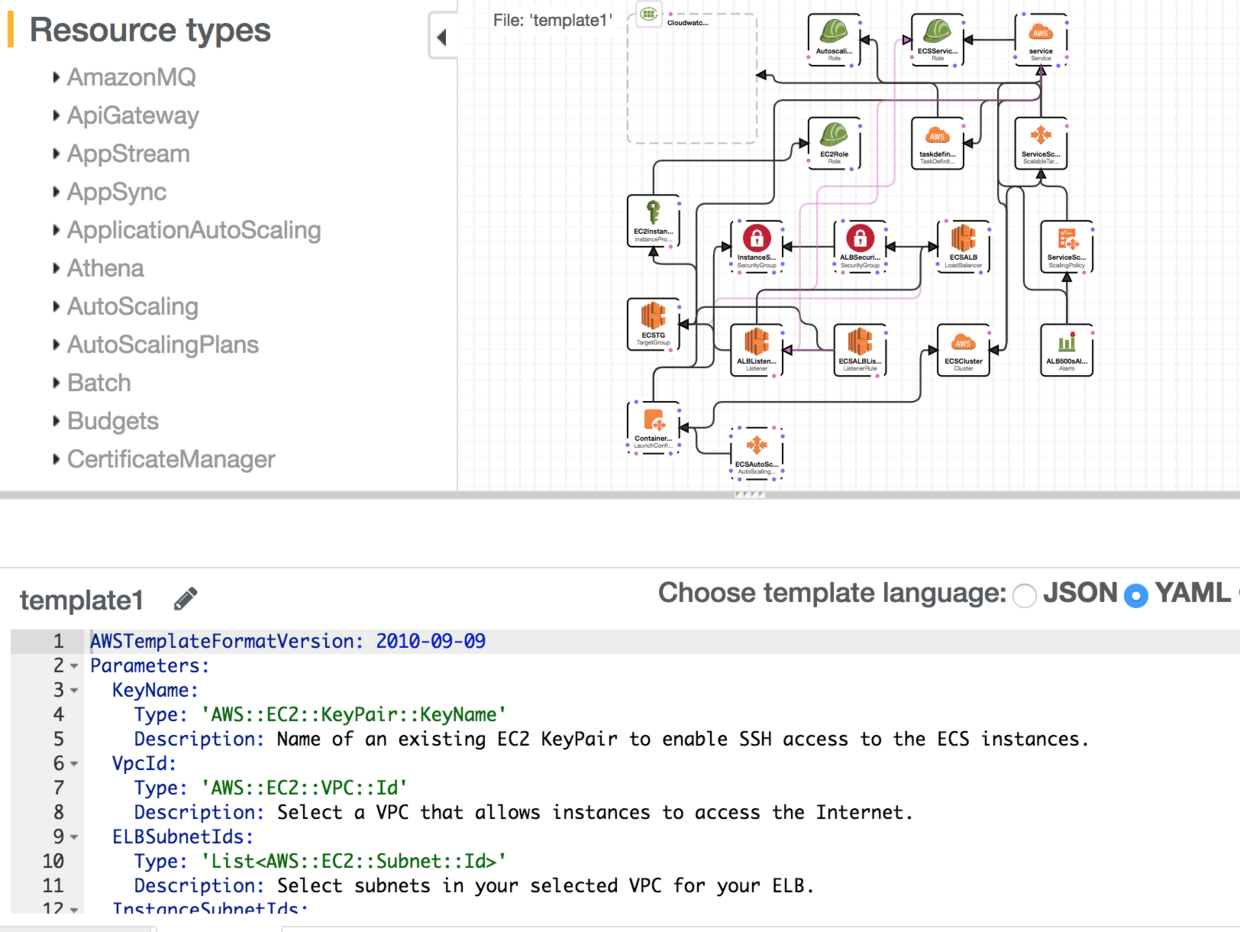 A code-based infrastructure means that it can be managed by version control tools such as Git, which means that any changes to the infrastructure, such as changing server memory, replacing availability zones, modifying domain names, security groups, and so on, can be tracked in the form of review codes.

Prior to Cloudformation, AWS had introduced command-line tools or SDKS to manage AWS resources, and unlike their "imperative" operations, Cloudformation provided a "declarative" feature.

Most people learn about "atomicity" in database transactions.Cloudformation also supports an atomic operation that either succeeds or fails.Failure can be rolled back automatically, and resources generated in a failed operation are automatically deleted when rolled back.

The "Infrastructure is Code" code, automation, for the CI/CD pipeline management infrastructure to provide the possibility. 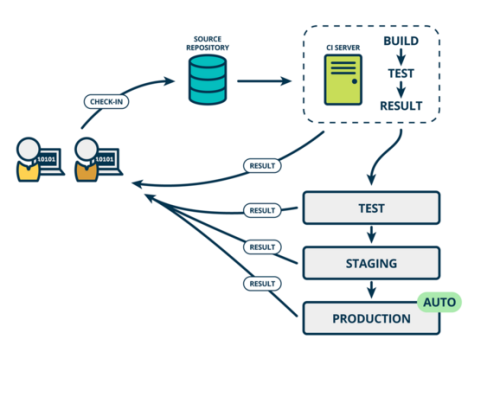 At the same time, according to the feedback provided by the cloud computing service provider, update the deployment status of the CI/CD pipeline: Red is failed green.

QA or teams can move infrastructure and business code together to the next stage, based on test results and release plans, through the pipeline.

2018 ThoughtWorks Technology Radar Phase 19 introduces us to a Mock framework for cloud services called LocalStack, which means that we can debug infrastructure code locally or do unit or integration testing for infrastructure code.The original text is as follows:

One challenge when using cloud services is how to develop and test locally. LOCALSTACK solves this problem for AWS.It provides local test surrogate implementations for a variety of AWS services, including S3, Kinesis, Dynamodb, and Lambda.It builds on existing best tools such as Kinesalite, Dynalite, Moto, and increases the functionality of process isolation and error injection. The use of LocalStack is simple and comes with a simple JUnit runtime and JUnit 5 extensions.We've used LocalStack in a number of projects and are impressed with it.