The difference between code farmers, hackers, and 2B programmers 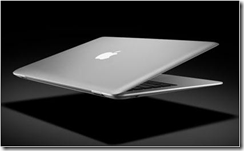 2B Programmer: VB (Haha, don't blame me, I've also done VB projects. I have no prejudice, but there are too many nonsense about VB. Even Dijkstra said, “It is practically impossible to teach good programming to Students that have had a prior exposure to BASIC: as potential programmers they are mentally mutilated beyond hope of regeneration.”)

Code Farmers: Searching for Causes and Solutions Based on Exception Information

Hacker: Brother does not need Windows from the sensible!

Code Farmer: Please tell us the meaning of encapsulation, inheritance and polymorphism.

Hackers: If you were to design a system to count the total number of all roads in the world, how would you design?

2B programmers: Please talk about the difference between Spring2.5.6 version and 2.5.5 version?

With only this smile, what more interesting programmer version do you have?