A rare rest day. In the morning, she had a video call with her wife who was on a business trip. She said that she was meeting in a seaside city in Europe. She also let me open the "video call real-time scene" function, let me feel the atmosphere of Sunny Beach. I clicked a button and the voice of the seagull was very clear, but the wind from the sensory mouth did not have salty taste of seawater.It seems that the additives in the simulator have run out.This stuff is called a "real-time scenario," but it is actually "virtual" through a background simulator. If the other person wants you to smell a piece of cake, it simulates the slightest sweetness; if it is a mango, it's sweet. It will also smartly add a little acid.I always wanted to know how it smells, but I haven't had a chance to try it yet. Suddenly remembering, April 1th, it seems that the home network has reminded me to go for a workout. Of course you can't forget to put on my “energy collection ring”. This is a blue metal ring. After wearing it, it is activated at the same time. It records the material conditions that I consumed during exercise, like calories, carbohydrates, Fat, and then feedback to the "health management service platform" of the home network, which assesses my physical condition and then guides me in the scientific movement. There is also a mention of this treadmill at the foot.It is also networked with the energy station of the entire community. The kinetic energy generated by my running can basically be transmitted to the energy station for preservation.Energy station is our “power station”. To be honest, the energy generated by our movement is insignificant. It mainly collects solar energy and wind energy. Every community has such an energy station to supply the electric energy needed by people.In this era, the smoke-busting power station has disappeared. After I had burnt a pot of coffee and had a drink, I thought it was better to measure my physical condition.Then activated the wall display, I joined the city's disease prevention network, this network is a unified plan, organized by the major hospitals in different regions.In this era, every family has a portable detector that can check every family member at any time.Through multiple sensors on the instrument, doctors can also remotely detect diseases. Diseases such as cardiovascular disease, cancer, and diabetes can achieve early detection and early cure. After the doctor remotely tested me, he reminded me that there was no major problem. It was just that the function of the lungs was somewhat inadequate because I had pneumonia when I was a child, and it was easy to cough when I got sick.After the test was completed, a message was sent to my mobile phone. I suggest that I go to the hospital when I'm free. 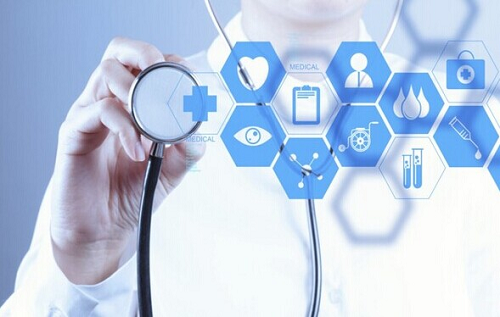 After lunch, I leisurely came to the hospital. Now the hospital environment is really good. The most exciting ones are doctors and nurses.No matter what kind of people, they all look neat and elegant. When they approach, they smile at each other affectionately, and some even wave at you.Their eyes are confident and soft, full of spiritual features of a new era. People are constantly on the wall, triggering one screen after another.Some are booking appointments, some are buying medicines, some doctors are walking, receive a message, and click on the wall to trigger a series of complicated data and curves - now they seem to be everywhere Already working. I also hang a number, the system prompts me to go to internal medicine.I passed a corridor, and the light came from the wall. Although it was soft, I still narrowed my eyes.Just as I blinked, I discovered something “magic”: The walls of this hallway were also darkened, and the dim part of it was moving in my footsteps.When my eyes adapt to light and large, the moving segment will also light up again, but the brightness has remained within my comfortable range.It turns out that the Internet of Things technology is also used here. The photometric adjustment system in the hallway can monitor the pupil changes in my eyes. It's incredible! The doctor who received me was a middle-aged gentleman. He was very talkative. After giving me an inspection, he said there was no problem and he gave me a few medicines. I asked what I saw in the hallway. Dr. Zhang smiled and said: "What is this?You still do not know it, and now the application of Internet of Things technology in hospitals is too wide!For example, he said, for example, the monitoring equipment in ambulances can collect information on the vital signs of emergency patients, upload them to hospital emergency centers in real time, and save time for first aid; there is also an artificial-intelligent surgical robot that achieves accuracy of surgical actions of up to 100 percent. One millimeter, far beyond the accuracy of the human hand, and always energetic, not affected by emotions and the external environment; there is also a miniature therapeutic robot, also known as the "nano-bomb". By remotely controlling it, one can "kill" the cancer. Cells, without harming other cells at the same time... Seeing that I listened remarkably, Dr. Zhang mysteriously said that he has been studying traditional Chinese medicine and has had some experience.He said that the "meridians" and "points" in traditional Chinese medicine cannot be found by instruments and anatomy is not found. Modern medicine seems to be unable to fully explain why this is the case. "Like the universe, all the substances we are exposed to now only account for about 4% of the total mass of the universe. What is the others?It is dark matter and dark energy. Those are all we cannot detect at the moment.If we imagine ‘meridians’ and 'acupuncture points’ as a type of dark energy flowing in the human body, we can also explain why the instrument cannot be detected.Dr. Zhang said with excitement: "Now we live in the Internet of Things. If one day can connect the dark energy of the human body and form a huge network, what kind of scene would it be?"Sounds a bit like science fiction, but in the old days, isn't our Internet of Things life like a science fiction novel?

Just getting ready to go home, his wife called another phone and I heard that I was in the hospital. She said that she had an aunt who was sick and was hospitalized. Let me visit. There are several flower shops on the doorstep of the hospital. I bought a bunch of flowers with the payment function of the mobile phone (their business seems to be always good).Into Auntie's ward, the doctors were checking the room. A doctor took out the PDA and scanned it at the bedside of Auntie. The PDA immediately recognized her identity.Today, every bed is actually a “sensing node”. It can transmit many physiological data of the patient, such as heart rate, blood glucose, and blood oxygen content, to the hospital's service platform in real time. Aunt told me that her heart has not been very good. This time after diagnosis, the hospital decided to undergo heart transplant surgery for her. While talking, a small bottle made a "beep" sound on the table next to the bed.Aunt laughed and said: "I was urging me to take medicine again.“Look at my puzzled look, Auntie explained that this is the latest “smart pill bottle” introduced by the hospital. It can automatically indicate when to take medicine and link to the hospital's service platform. The doctor can remotely determine the patient’s real-time physical condition. Control the amount of medication; the most important thing is that it can also reduce the chance of misuse. Aunt also quietly told me that she did not want the robot to “knife” on her. She had already spoken to the hospital and asked a doctor to perform the operation.Who knows that the hospital is bad—because people believe in the machine too much, and the doctor treats every chance of a “knife” as a gift. In the past few days, she hasn’t enjoyed the treatment of Star Wars!

Wonderful ideas
Transferred from "Wuxi Metropolis Daily", 2010.4.1. If you feel that this article is useful to you, you can click on "Sponsored Author" below the article to reward the author!
0Likes 0Collects
分享到微博 MoreShare