Snowden: The United States has put too much emphasis on cyber offense, and now it needs defense.

In an interview with PBS NOVA, Snowden warned that the U.S. cyber war strategy may be counterproductive. 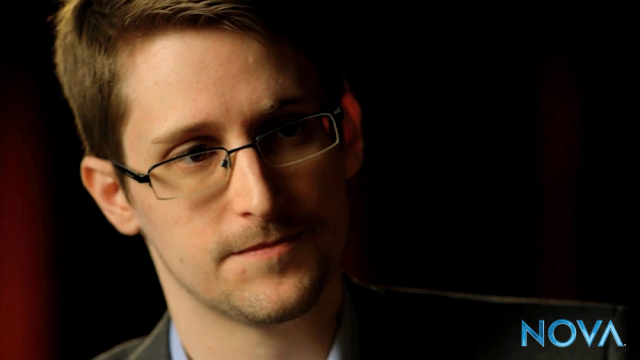 Edward Snowden warns that the U.S. Department of Defense and the National Security Agency and Department of Energy have overemphasized the development of offensive cyber capabilities, leaving the U.S. system itself at greater risk.With other countries now developing cyber attacks to target the US National Security Agency and the US Network Command, Snowden believes that the United States is in an increasingly dangerous situation. The raw records of the NOVA interview show that Snowden completely dominated the direction of the interview questions, and even reached the point of suggesting how to organize the interview report and match it with the visual elements.Snowden often steered the problem away from places that might reveal more about NSA business and avoid involving some issues that he thought were minefields, such as the White House policy.But the leaker eloquently elaborated on the dangers of cyber warfare and the way in which the NSA and the Cyber ​​Command discovered and exploited the opponent's software loopholes to attack opponents. He pointed out the insecurity.He said that (because of) In fact, the same loopholes exist in the U.S. system. “The same router installed in the United States is also installed in China,” Snowden explained. “The software for controlling dam gates in the United States is no different in Russia; the medical software used in Syria is also used in the United States. .Some of the interviews in Russia in June last year seemed to herald a cyber attack against Sony Pictures.Snowden said that cyber attacks, such as the "Shamoon" malware of 2012, and other similar cyber attacks against Sony Pictures, are baby-like hackers' network activities - they have the ability to destroy the network, but they don't really Cause lasting damage.But he said that more complex organizations, including actors in nation-states, are now more and more enthusiastic about the ability to disrupt cyberattacks, which is exactly the opposite of what you normally see on the Internet. "I don't want to exaggerate this threat," Snowden told Bamford. “No one wants to do something like this: By simply touching the keyboard keys, you can beat the government; if you touch the keyboard keys, you can erase a country from the earth.However, Snowden stressed that the United States should pay more attention to defense rather than trying to penetrate its rivals' networks to collect information and conduct cyber attacks. "When you see the issue of whether the United States is giving priority to attack or defense, you can imagine that you have two bank vaults: the vaults of Bank of America and Bank of China," Snowden explained: "The Bank of America's vault It is completely full, it will climb all the way up to the sky.The bank vaults of China, Russia, Africa, or other adversaries fill half, one quarter, or even one tenth."He said that because the United States had always focused on being able to invade other countries' networks, it also created a lot of loopholes in the development of network technology, so other countries can use the same loopholes to attack the US network. "We expose ourselves to cyber attacks," Snowden said. "We lower our own defenses and give us an advantage to attack other countries.But the fact is: When you are rushing to compare others with one of your own achievements, the data, knowledge, and information obtained from these cyber attacks are far more valuable to us than our opponents, because our technology is already in the world. Top-notch, it's easier to drag us down than to get knowledge from them to be powerful. The United States is most valuable and is at risk of infrastructure, Snowden said, is the Internet. "For individuals, the Internet communicates with each other; for businesses, the Internet is a daily necessity.He explained. "If the opponents are not targeting our power plants, but they are targeting the core routers, the entire United States can be intercepted... Our economy and commerce will be spent in the dark for a few minutes, hours, or even days This will have a great impact on our society and even cause political turmoil.“When asked about the multi-day disruption of Syria’s Internet in 2013, whether it may be the result of the US National Security Agency’s attempt to attack Syria’s core routers, Snowden disagreed.He said that such things happened in the past. "The problem is that if you do this, there is an error when you control the hardware control of the device, what you do is to call the bricklaying of the hardware device, which will be the development of the communication in the entire country. From $ 6 million in internet communications equipment to $ 6 million in paper ". Just a few days before this interview, the new director of the National Security Agency, admiral Michael S. Rogers, played down what Snowden said when he was interviewed by a reporter from The New York Times.Snowden considered this conversion ironic, and he also commented on former Secretary of State Security Hayden’s discussion in September 2013 at the St John’s Episcopal Church in Washington, DC.In that discussion, Hayden stated that Snowden was "pretentious" and may "like most defectors from the old Soviet Union, and eventually fell into isolation, boredom, loneliness, depressed fields, and most of them. People fall into drunkards."I don't drink," Snowden said to the staff at Buffald and NOVA: "I never drunk."When they talked about Russia, it was like Russia is the worst place on earth. (In fact) Russia is a great country.”

This article was originally translated by Wang Baiyuan and Wu Renjie, the original English text

Unless otherwise specified, all articles on this site are original Baiyuan's Blog, in order to respect the author’s Labor results, please indicate the source https://wangbaiyuan.cn/en/snowdon-united-states-put-emphasis-on-network-attack-now-needs-defensive-2.html. If you think this article is useful to you, you can click on "Sponsorship" below the article. Authors "Rewarding Authors!If you have a hard time with the questions in this article, you can go to Baiyuan's Blog micro In-depth discussion forums